Romeich Major wipes his Instagram account clean off all photos and videos after giving fans a glimpse of his new fully renovated studio.

Romeich Major has shown some serious work ethic over the years, and it looks like all his hard work is paying off. It’s unclear why Shenseea’s manager deleted all his posts, but his IG account is still live. He shared a bible scripture as his display photo.

The manager and CEO of Romeich Entertainment recently showed off his new recording studio, a sign that he’s looking to stamp even more authority in the dancehall genre. 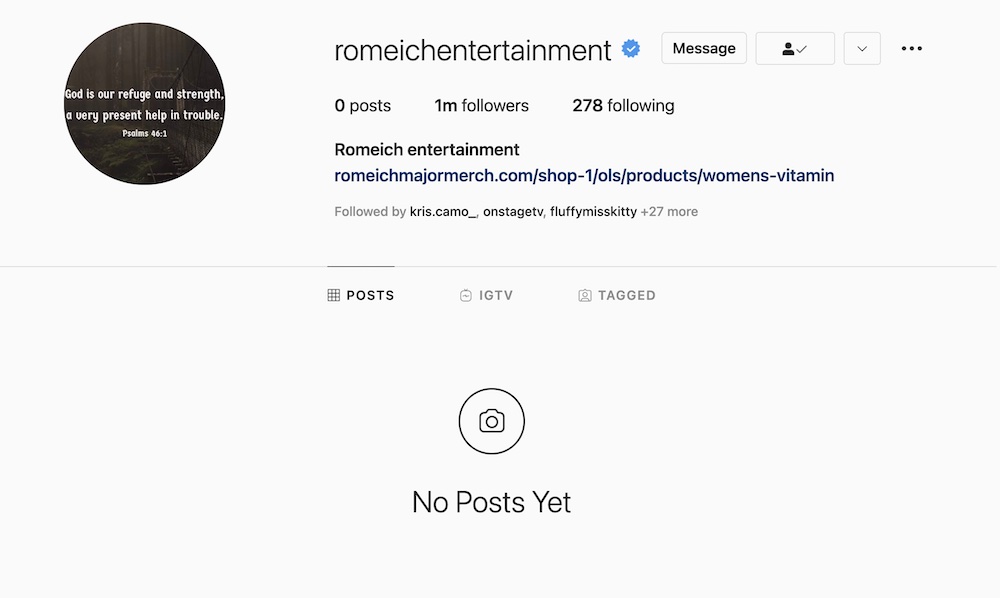 In a video posted to Instagram, he gave fans a glimpse of the sleek and modern-looking studio. The short clip with Ding Dong’s “Flairy” blasting in the background also revealed pristine-looking equipment and untouched furniture. He made the post last night, September 21.

He revealed that the studio was not quite ready but very close to completion. His aim is to have some “fire songs” produced at the location. He also took the time to silence critics who had been saying that he may be getting out of the music business since he announced that he was selling his old studio.

“See a lot of you asking why I am selling out my studio. Learn this, music is my joy, I will always be working musically, just have to UPGRADE,” he said. It looks like he’s planning to make some major moves as he also revealed that this studio is just one of three that he’s hoping to build.

He also used the opportunity to throw out a job opening to his over one million fans as he said he was looking for a full-time engineer. He stressed, though, that “lazy and mix up” workers could stay far from his brand.

The post has already been viewed more than 50,000 times, and artists Chris Martin, Iwaata, and Ding Dong, have already said they’re willing and fired up to start recording at the studio.